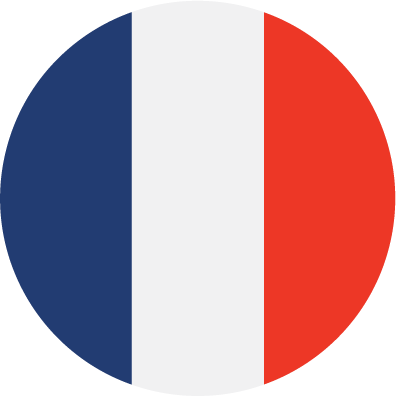 Surveyor of the urban world, Sébastien Mehal plays with cross-fertilization with borders that he pushes back and moves in his works to the limits of abstraction.

He made the electric bulb a central image in his work. Placed in the center of glittering monochromes, the bulb symbolizes the impact of the present society in an inhabited zone. The notion of light, whether artificial, electric or that which radiates from the pictorial surface, evokes the mental light of the human being, his spiritual capacity to transcend the pure matter. It becomes the symbol of what animates us, of our vital energy. The bulb remains an omnipresent element in the urban context. It represents, for the artist, the real and symbolic foundation of contemporary life. The continuous flows of light rays recall the flow of people and ideas circulating at high speed in the megacities of the world. Thanks to the electric light, the cadences of life are no longer subject to the seasons, nor to the sunrise but are rhythmically artificial. We live in a society potentially always in a 'lit' position.

Sébastien Mehal approached very early the monochrome he develops on large square, round or oval formats. His palette inspired by body paint colors ranges from metallic blue to green and gray to warmer hues of purple or gold. His paintings are distinguished by splashes of liquid paints "injected" with large industrial or medical syringes. The smooth textures then appear subtle reliefs, capturing and reflecting the light and introducing a deep effect in a seemingly flat work of painting. The pictorial surface is otherwise animated. It enjoys a new "energy".

Displacement is distinguished by the silkscreen printing on the canvas of barely perceptible portraits, the artist enhances them with transparent drips that give this series a mastered force, the power of a voluntary act where the gesture imposes itself on the colour.

In the city maps the colours tend to fade and are in turn covered by a painted surface that unifies the canvas. It remains tangible and affirmed the intelligent division of urban "islands" creating an imaginary metropolis recomposed by the artist. The monochrome is essential and plunges the visitor's gaze in pure white or deep black.

In the series Lustres, Sébastien Mehal gradually withdraws the reason his dominating place, he stripped it of its original content to extract its thread - large scar - which divides the table in its verticality. Remains the essence of the message: the human condition in an urban environment, a theme dear to the artist.

With geopolitical work Sébastien Mehal creates a planisphere of 6 continents as it splits in two the Americas. Vertical bands become borders, real or imaginary, open or closed. The names of the main cities and capitals are silkscreened on a small table placed on the map and, to look closely, we discover Madrid in California or Beijing in Africa! This large, colourful bar code symbolises the consumer society which, through economic interests, unifies man and his living space.

Sébastien Mehal also works on memorial issues and particularly the history of the twentieth century between Europe and the United States. The artist reminds us that American soldiers have twice committed to the European conflict to free it.

AMERICA is a series of paintings that play graphically to oppose black and white to the glittering colures of the Statue of Liberty, shimmering stars of "Old Glory". The American dream...

Nourished by his origins between the Caribbean and the United States, marked by the phenomenon of the city and the singularities of urban life - frenzied pace, anonymity, visual icons, social codes - Sébastien Mehal drew his favorite subjects. During his architectural studies, and as part of a program on Greater Paris, the artist met and interviewed neighbourhood residents to gather their views on the articulation of the landscape and the changes in their daily environment.. He then reflected on the rehabilitation of the social fabric in the suburbs, keeping in mind the beauty of the interiors, colours and shades of each apartment. It is these colures of "memory" that he places on his canvases and which structure his facades of imaginary buildings. Parallel to his pictorial approach Sébastien Mehal leads monumental sculpture projects for the public space. The work HZ (Hertz) takes again the purified form of the electric bulb, anodyne form sharing our daily life, which is transformed into the marble in icon of our society. It evokes both the light of the mind, the awakening of consciousness and the conspiracy of darkness.

The work of Sébastien Mehal is presented in the major fairs of contemporary art FIAC, Scope art Fair New York and Miami and Untitled (Off Art Basel / Miami) and Art Paris, as well as in the FRAC, art centers, museums including the MuseumsQuartier in Vienna.

His work is also supported by art foundations.